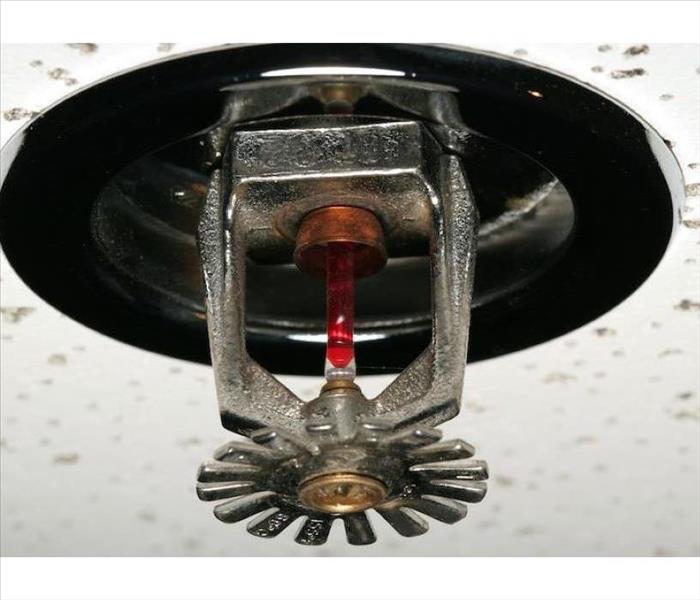 A home fire sprinkler can control or put out a fire with a fraction of the water that would be used by fire department hoses.

Automatic sprinkler systems have a proven track record of protecting life and property for over 100 years. However, there are still some common misconceptions about the operation and effectiveness of automatic fire sprinkler systems.  Source: American Fire Sprinkler Association

Fact: Smoke detectors save lives by providing an early warning to a smoke or fire incident, but can do nothing to extinguish a growing fire or protect those physically unable to escape on their own, such as the elderly or small children. Too often, battery operated smoke detectors fail to function because the batteries are dead or have been removed. As the percent of homes in America that were “protected” with smoke detectors increased from zero to more than 70%, the number of fire deaths in homes did not significantly decrease.

Myth: “Water damage from a sprinkler system will be more extensive than fire damage.”

Fact: Water damage from a building sprinkler system will be much less severe than the damage caused by water from fire fighting hose lines or smoke and fire damage if the fire is allowed to spread. Quick response sprinklers release 8-24 gallons of water per minute compared to 80-125 gallons per minute discharged by a fire hose.

Myth: “When a fire occurs, every sprinkler head goes off.”

Myth: “Sprinklers are designed to protect property, but are not effective for life safety.”

Fact: Sprinklers provide a high level of life safety. Statistics reveal that there has never been any multiple loss of life in a fully sprinklered building. Property losses are 85% less in residences with fire sprinklers compared to those without sprinklers. The combination of automatic sprinklers and early warning systems in all buildings could reduce overall injuries, loss of life and property damage by at least 50%.

In the event that you do sustain fire or water damage, SERVPRO of Milwaukee North is Here to Help.  Call us today for a no-cost assessment of your property damage.  We are always available for your call at 414-354-7566.